Congratulations to Hasegawa General Store and the Hasegawa family on being selected as the recipient of the 2015 Maui Matsuri Business Award for their dedication to preserving and perpetuating Japanese culture on Maui.

Back in 1910 in Hana, Maui, Hasegawa General Store was founded by brothers Shoichi and Saburo Hasegawa. The original store was a wooden-framed building located at the same site as the 1958 cement-tiled building that was set ablaze in August 1990. About a hundred yards away, the gas station was also engulfed in flames. Mr. Ted Kato of Japan, who owned the Hana Ranch and Hotel Hana Maui, kindly offered the family the use of their storage building, which was the old Hana Theater. The Hasegawa family, along with a local contractor, cleaned up the old store site, got the gas station back up and running, and opened the remodeled store at the theater site in February 1991. This remains the present location of the store today, where it is supported by local customers and visitors alike.

One of the oldest family-run businesses on Maui, Hasegawa General Store became famous in 1961 when composer Paul Weston wrote a song about the store. The store was also recognized in 2007 by the Small Business Administration as the &quot;Maui Family Business of the Year.&quot;In 2010, Hasegawa General Store celebrated its 100th anniversary, and the Hasegawa family was honored at the Mayor&squot; Small Business Awards with a &quot;Lifetime Achievement Award.&quot; More than 100 years later, this fourth-generation, family-owned business continues to serve the Maui community.

For the Sake of the Children

The Kanji characters Kodomo No Tame Ni translates to "For the Sake of the Children". A perpetual theme for this festival, the focus is to provide an environment for families to share and learn about the Japanese culture and pass down traditions. Ancestors came here for a better life not only for themselves but for their children and for generations to come. In this spirit, we end the festival with a traditional obon dance which encourages all ages, all religious denominations, and all ethnicities to come together to dance in honor of all ancestors.

To find out more about Maui Matsuri, or to become involved as a sponsor or volunteer:

Made Possible With the Support from 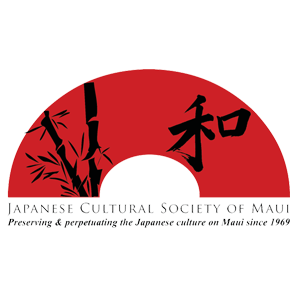 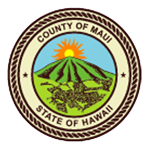 Major Support from
County of Maui

TAG YOUR POSTS AND PHOTOS WITH:
#mauimatsuri